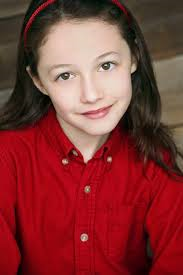 Engler also co-starred in the television pilots Other People's Kids (2011) and The Smart One (2012), however both pilots were not picked up to series. Her film credits include the short films Swing (2010) and 10 Seconds (2011).

Retrieved from "https://shake-it-up-fanon.fandom.com/wiki/Claire_Engler?oldid=22966"
Community content is available under CC-BY-SA unless otherwise noted.